The Prisoner & the chaplain

The guard puts him in, at exactly quarter to nine
The four walls remind him, he's a prisoner doing time
His prison greys remind him, daily of his crime
Welcome to the cell, and what it's like inside.


The cell is not the walls, the roof, the bricks and bars
But the spiritual cell that traps him, and seems so brutally harsh
He wishes that he could see, the man in the moon and the stars
Hungry for some freedom, he thinks of things above.


He opens up a bible, a chaplain gave on a hunch
Reads the prodigal son, with pigs down in the mud
He is sick and tired of the guilt, that weighs a million ton
Tomorrow he'll ask the chaplain, about Jesus and His blood.


The chaplain goes to work, because it's a brand new day
He visits the prisoner to see, if he lasted the night OK
The prisoner asks a question, about why Jesus was betrayed
The chaplain explains that sin, had to be judged an paid.


The prisoner asks the chaplain, would Jesus forgive his sin
Stop the alienation, and be a Father to Him
As the chaplain prays, a new life immediately begins
The evidence is seen, in the teary eyes and grins. 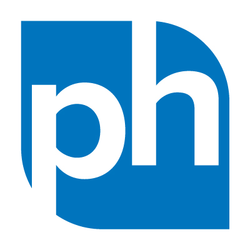