A wiry little man, though his stature was slight
Without complaint, he accepted his plight
To work with his hands from dawn to dust
Yet a man of his word; one worthy of trust

A few acres of land, his possessions were few
Baby calves and rescued strays became my petting zoo
A massive garden, he planted every kind of seed
It thrived and grew, with scarcely a weed

Up in the morning as the alarm rang four
On with coveralls, then dash out the door
Weather didn't matter, either rain, snow or hail
He'd fill grain troughs; toss hay by the bail

His cattle came running to his familiar holler
Clanging the cowbell around their collar
He'd relieve them of milk in his weathered barn
He respected God's creation, and loved that old farm

Lantern in hand, the morning chores were finished
Then he'd fire up the stove, as coal was replenished
Six days a week, just to earn a little bit more
He'd drive into town to his job at the grain-store

Never ignored a stranger, he could recall every name
A heart free of prejudice, he regarded all men the same
Ragged or rich man, he would stop to talk
As round the town square, together we'd walk

When I was naughty, yes, he would shout
But his discipline taught me; it is futile to pout
The lessons he taught, more priceless than gold
Became even more treasurable as I grew old

His meager income, somehow, was enough
He taught me happiness, doesn't involve stuff
Generous to others, but himself, acquired no debt
Make do with what you have, for debt brings regret

Work hard and honestly; earn every dime
Be fruitful and creative with each minute of time
Do what is required without complaint or grudge
Let God be the mediator; let God be the judge

So, when he pasted into his heavenly home
The church was filled with the hundreds he'd known
He was much too young when God called him away
I still cherish each day that God let him stay 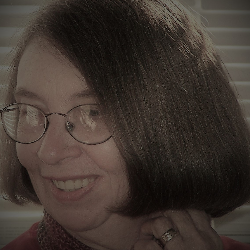