The Sower and the seed

As the Son of Man was sowing precious, heavenly seed;
With four very different kinds of soils His words did meet…

Jesus preached in parables on the Kingdom of God;
Yet way too many hardened hearts understood it not.
Their eyes were seeing, but they did not really perceive.
Their ears were hearing, but in Jesus they would not believe.
These people's hearts were the barren, infertile ground;
Where no place for true repentance could be found.

Many others received the Gospel message with joy
When alas, along came the deceiver, to steal and to destroy.
Immediately they stumbled, and began to go astray;
They had no root in themselves, they simply withered away.
Here, the seeds had fallen into the shallow, stony soil -
No sooner faith had sprung up, or tribulation did spoil.

Some people then, readily received the Savior's Word,
But very soon they forgot what they had heard…
The worries and cares of this life, and pleasures deceitful
Crept stealthily into their hearts, and they became unfruitful.
Here, the seeds had been sown among thorns and weeds -
And faith was slowly choked to death by worldly needs.

Lastly, there were also those who heard, and believed;
And who were truly transformed by the Word they received.
The meaning of the Gospel had been well understood -
In the lives of these believers, it produced abundant fruit.
Here, the seeds had fallen into the good, fertile ground;
In hearts humbled by grace, where faith and love abound.

And just as it was true in Jesus' time, it is still true today:
There are so many dangers, waiting to steal our Life away.
Be careful how you hear the Word, that you understand aright;
Hold fast to what you already have, with all of your might.
Evil's always lurking, pleasures and riches abound -
Guard your heart at all times, then it remains good ground! 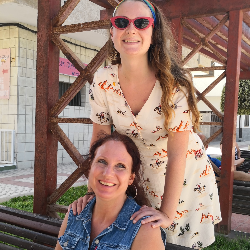