Judges-Part 5--Lessons in Faith from Gideon

Gideon obeyed the Lord's command and destroyed the altar to Baal.
It raised quite a ruckus in his town, for many thought he had failed.
Gideon learned about leadership: it's not all joy and affection.
Many times the leader is faced with criticism and rejection.

It wasn't too long after that the Amalekites invaded.
When the Spirit came on him, Gideon was persuaded.
He blew the trumpet long and loud announcing the situation
Imploring all the fighting men to come and save the nation.

Gideon lay a fleece on the ground for a sign of hope.
He requested the ground to be dry but the wool to be soaked.
When he arrived in the morning, the wool was soaking wet.
But that one miracle was not enough to help him cease to fret.

So Gideon did it once again but reversed the way he asked.
"This is how," Gideon said, "I'll know to pursue this task."
Well you guessed it. It happened again, only in reverse.
Gideon now knew these foreign invaders surely would be cursed.

The second test Gideon endured was how his army was numbered.
God reduced them from thirty-two thousand down to only three hundred.
He said, "I am going to deliver you—these invaders are toast,
But I have to do it with very few men or your army will boast."

Gideon and Purah spied on their camp and as unlikely as it seems,
He heard a soldier tell another about his unusual dream.
"I saw a loaf of barley bread come tumbling into our camp.
I have been thinking about it all day wondering what it meant."

To Gideon's surprise the enemy combatant gave an interpretation.
He told his friend that his dream was about their situation.
"We are camped here in Israel's valley. This is their rightful land.
This dream means that God has given us into Gideon's hand."

Well my friends, you know the story, for he was exactly right.
Gideon and his band of three hundred surrounded them at night.
They blew their trumpets and smashed their lamps creating quite an allusion.
Scared out of their minds, the Midianites fought each other in the confusion.

God may ask you to do a big thing, something impossible to do.
That's because He wants all to know, it didn't come from you.
God spends a lifetime growing your faith that you might prevail,
For you serve a mighty God, the One who never fails.

This poem was a finalist in the March 2010 poetry contest 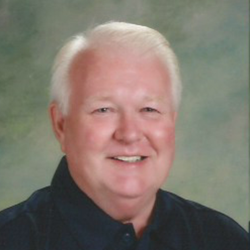