The simplicity of the clothes He wore while walking on this earth
confirmed the humble nature and circumstances of His birth.

The ministry He led and the gospel He preached
were to fulfill the teachings of those He tried to reach.

But His own people denied Him and claimed He was not one of theirs
and, in so doing, rejected the Kingdom to which they were heirs.

They were looking for a warrior, a Moses and a promised land .
Not this Nazarene - not this gentle, loving man.

They sought a Messiah with weapons and armies untold.
They couldn't see the Savior within the humble clothes.

Yet He was a Prince among men, born of royal lines
and in perfect love He left His throne and rightful place behind.

He came to take the weight and burden of all our sin.
He came to leave for us His comfort and peace within.

He came to sacrifice His all upon the cross.
He came to be the Light in darkness. He came to rescue the lost.

He's coming again, this Savior, this Prince, my Lord and King
to claim His bride from this world and judgement to bring

to those who have rejected Him, to those who would not see
the Saviour, the Christ, this Lord of mine, behind the humility. 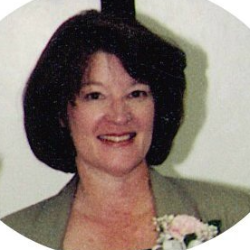