I've watched the societal winds of change
blowing all my life.
The transformations they've brought about,
to say the least, are rife.

I know of many who once served God
back in the days of old,
but contrary winds blew on their souls
causing that love to grow cold.

In the days of my childhood
marriage was a sustaining force.
Headstrong breezes blasted the family;
made it popular to get a divorce.

I remember when children were cherished by parents.
They were nurtured, loved and protected.
With the adverse winds of promiscuity
we've a crop of kids abused and neglected.

God was once a part of public education.
Against Him there was no rule,
until a liberal gale stirred up a storm
and blew Him right out of school.

Kids grew up reading in my day.
Now with books, they're less and less seen.
With the advent of technological typhoons,
they're usually glued to a screen.

So many wayward winds are blowing these days.
Much virtue and character we've lost.
We need a revival of the wind
that blew on the day of Pentecost.

The wind of God blew on that inaugural day.
They were filled with God's Holy Spirit.
The gospel that truly sets men free,
with boldness, they did declare it.

Although some did not like this wind
and persecution did abound,
through the power of God that changed them,
they turned their world upside down.

Oh, for that wind to blow today.
What blessing it does impart.
It brings the change that every man needs,
and it starts within the heart!

Acts 2:1-4 And when the day of Pentecost was fully come, they were all with one accord in one place.
And suddenly there came a sound from heaven as of a rushing mighty wind, and it filled all the house where they were sitting.
And there appeared unto them cloven tongues like as of fire, and it sat upon each of them.
And they were all filled with the Holy Ghost, and began to speak with other tongues, as the Spirit gave them utterance.

Act 17:1-6 Now when they had passed through Amphipolis and Apollonia, they came to Thessalonica, where was a synagogue of the Jews:
And Paul, as his manner was, went in unto them, and three sabbath days reasoned with them out of the scriptures,
Opening and alleging, that Christ must needs have suffered, and risen again from the dead; and that this Jesus, whom I preach unto you, is Christ.
And some of them believed, and consorted with Paul and Silas; and of the devout Greeks a great multitude, and of the chief women not a few.
But the Jews which believed not, moved with envy, took unto them certain lewd fellows of the baser sort, and gathered a company, and set all the city on an uproar, and assaulted the house of Jason, and sought to bring them out to the people.
And when they found them not, they drew Jason and certain brethren unto the rulers of the city, crying, These that have turned the world upside down are come hither also; 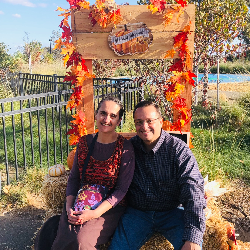