They served God Jehovah who told them to build
a place he could dwell and atone for their sin.
He gave them a pattern for space to be filled
with objects of worship he wanted within.

They'd enter the courtyard through gates to the east,
and come to an altar of bronze-covered wood.
The priest laid his hands on their innocent beast,
then killed, disemboweled and burned up where they stood.

Behind this horned altar a washbasin stands;
from bronze, both the basin and stand have been cast.
A place where the priests washed their feet and their hands
before they could enter God's presence, at last.

A couple steps further, within a small tent:
the Holy Place, hidden from everyone's sight.
The priests intercede while the people repent;
replacing the shewbread and feeding the light.

A gold-covered table was set to the north,
its golden utensils and dishes in place;
with bread loaves for God that the Levites put forth,
called "bread of the Presence" or "bread of the Face".

A solid gold lampstand that brilliantly floods
the room with its flickering glorious rays.
A golden menorah with petals and buds;
resplendent, replete with gold snuffers and trays.

An altar for incense, in front of the veil
diffusing sweet fragrance Jehovah desires.
Both morning and evening the priests, without fail,
brought coals from the courtyard's last sacrificed fires.

The Holy of Holies, the innermost room,
the high priest could enter but once every year.
Since unconfessed sin in his heart would bring doom;
he'd enter God's presence with reverent fear.

A chest, or an ark, from acacia was made,
with stones of his law God inscribed in its hold.
Adorned with the wings of two cherubim splayed,
its lid hammered out of solidified gold.

Along with those tablets the ark would contain
a jar filled with manna and Aaron's bloomed staff.
All this was God's Grace until HIS Lamb was slain,
when God tore the veil to his Mercy in half. 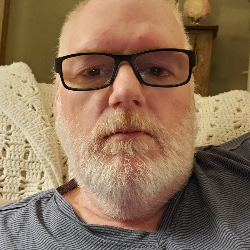