A Fancy In His Head

There is no tool shed, a farmer was heard to say,
But he used the tools he got there, and he used them every day.

He denied that they were real, but his children and his wife,
Never took him serious, for he lived a farmers life.

For did he believe it truly, he would have slept instead of worked,
the journey to get the shovel, he surely would have shirked.

But Each day found him diligent, each night found his family fed,
His denial of the tool shed, was just a fancy in his head.

There is no God, the cultural reformer was heard to say,
But then he talked of equality and rights almost every day;

He denied there was a foundation, he taught everything was chance,
But others knew him better, despite his frequent rants.

He said "we all are animals," as the fittest we survived,
But when oppressed by power he felt wickedly deprived,

He believed in truth and justice, he believed in right and wrong,
He denied that God existed, but knew better all along.

There is no Tool shed, a farmer was heard to say,
He shook his head in discouragement, as he tirelessly forked his hay,

There is no God, the unbeliever confidently said,
But like the farmer, his disbelief, was a fancy in his head. 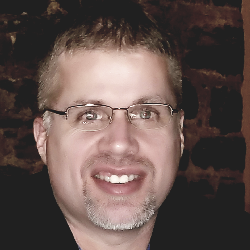